Advance Preview: A Discovery of Witches Revisited - A New Perspective

Back in January, the Sky series A Discovery of Witches came to the US via the streaming services Sundance Now, Shudder, and AMC Premiere. Because of its huge success, on Sunday night, the series makes its way to network television in the US for the first time, premiering on both AMC and BBC America simultaneously.

Based on the first book of the All Souls fantasy trilogy by the same name by Deborah Harkness, the series, which has already been renewed for a second and third season, has been adapted for television by Kate Brooke, who also executive produces.

The story takes place in a world where witches, vampires, and daemons exist alongside humans in secret and follows Diana Bishop (Teresa Palmer), a witch who has denied her heritage, never embraced her powers, and is unaware of her strength. When she successfully requests a long-lost manuscript from the Bodleian Library at Oxford University, creatures take notice. One of those creatures is vampire Matthew Clairmont (Matthew Goode), who has been looking for the book for centuries, thinking it contains information on his heritage. He explains to her that he is not the only one and warns that all the supernatural creatures will soon be after her. 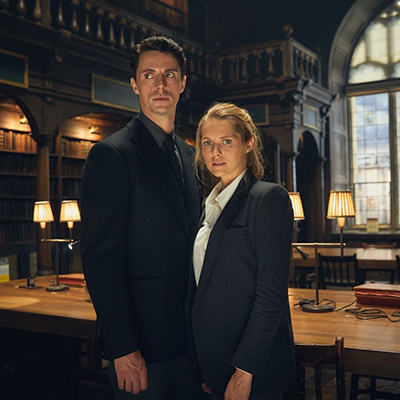 Witches don’t trust vampires, but can she trust this intriguing man? Can he protect her from other creatures as well as other witches, and is his real interest solely in the book or something more? Can Diana accept his help and accept her magic and come into the woman she was meant to be?

I originally first watched the series through screeners before it was first released at the beginning of the year, and I absolutely loved it. The show really packs a punch and delivers both a beautiful romance as well as fantastical adventure into the universe that Harkness has created.

When I first watched it, I had not yet read the book, but by the time the credits rolled on the final episode, I had to get my hands on it to see what happened next.

After reading the first book, I couldn’t put it down and continued on through the rest of the series. In between I actually rewatched the first season as I participated in a live tweet event each week.

Watching the show after reading the book made a different impact on me. While the series does a terrific job of adapting what is in the pages, the book holds so much more. It not only holds more story, but it also goes deeper into the mythology, which let me have a greater appreciation for certain scenes in the series. 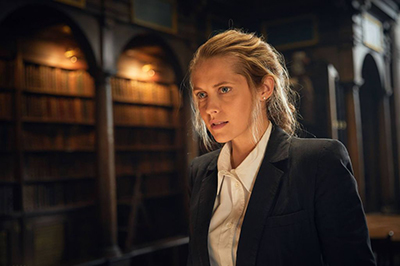 Certain things became more fleshed out and made more sense as a whole. That’s not to say in the least that the series doesn’t have merit on its own as well, far from it. The creative team behind the show has really brought Harkness’s words to life. The book made me love the show even more and even made me want to reread it again for direct comparison.

Speaking of comparison, there were of course some bigger differences that stood out after reading the book. Some of the characters come across differently in the television series. For example, the character of Satu (Malin Buska), who appears much earlier in the show, I actually found more mysterious and engaging in the TV series, which made me want to know more. I also felt a bit differently about how Baldwin (Trystan Gravelle)’s story played out in the show. Also, Marcus (Edward Bluemel)’s introduction is much different from the books. However, the part that is probably the most different, is that in the books, Matthew is much more dangerous, aggressive, and violent. I actually prefer the TV version.

A lot of the scenes, however, played out closely to the original. It was a pretty faithful adaptation, and even the sets played a part, with much of the show filmed on location at Oxford and in Venice. 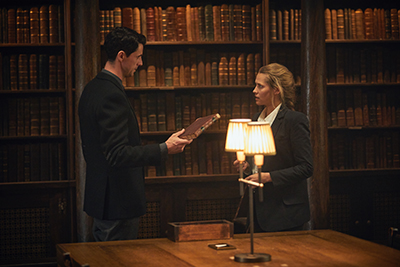 After reading the books, I also think the cast was chosen excellently, many perfectly embodying the characters. Palmer and Goode have such great chemistry, which is a really important part of the story.

The series has something for everyone: romance, adventure, and fantasy. I know I will be watching it again once it premieres. And of course, knowing what’s in store for the characters, I really can’t wait to see season two.

You can also read the original review I wrote in January for a bit more of my thoughts, here.
Twitter
BotonSocial por: SocialEmpresa
Category: TV Reviews & Recaps