Advance Preview: Netflix's Black Summer is a Tense and Enjoyable Take on the Undead Genre

Tomorrow Netflix drops its new series Black Summer, a spinoff/prequel to Syfy’s Z Nation. The show takes place at the start of the zombie apocalypse and follows a group of survivors as they enter each other’s lives and work together to stay alive and make it to safety.

During a town-wide evacuation, Rose (Jaime King) is separated from her daughter Anna (Zoe Marlett) and must make it to the stadium to catch up with her, but she can’t do it alone. She is saved from a zombie attack by a man with secrets, Spears (Justin Chu Cary), who agrees to help her on her journey. Along the way a deaf man, Ryan (Mustafa Alabassi), and another man, Lance (Kelsey Flower), join their group. 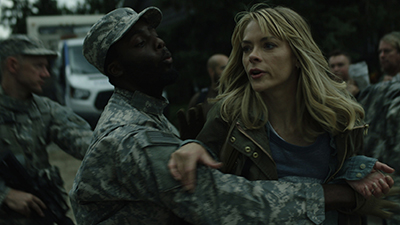 Meanwhile William (Sal Velez Jr.), who’s trying to get to his family, helps a woman (Gwynyth Walsh) when a man tries to steal her car, and they end up traveling together with another woman, Sun (Christine Lee), who only speaks Korean.

Can they all make it to safety before they are overrun by the undead?

Although the show shares many of the same writers, directors, and producers as Z Nation, Black Summer barely resembles it in most ways; it just takes place in the same universe. While Z Nation was campy and sometimes outright crazy, Black Summer is a serious take on the zombie genre. It’s not over-the-top gory like its predecessor either.

While the series is not heavily character based and doesn’t dive as deep into issues of morality and such as some other shows about the undead, it doesn’t really need to. Black Summer is more about the action and the characters racing to stay alive. It’s full of tension and energy as the characters move from place to place trying to escape the undead. 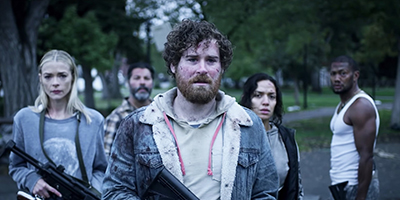 I feel the show is what it was meant to be: a thrilling zombie survival series; nothing more nothing less, but that’s not a bad thing. It is engaging and keeps you right there in the middle of the action. The press was given seven out of the eight episodes of the season to review, and I found myself binging one after the next, wanting to take it all in.

I like the way that the show is broken up into small “chapters.” In the beginning it helps to get the characters straight, but it also works as a clever way I feel to help keep the show moving. I was also really pleased with how they used it to switch between character viewpoints. It was fun to get to see pieces of the story from different perspectives that would then connect and give the whole picture.

While the effects aren’t necessarily award-worthy, they work. The zombies in Black Summer are also different types of zombies than usual in these kinds of shows: they’re quick and not as easily distracted or totally stupid, which I actually appreciate; it makes it a bit different than the norm. 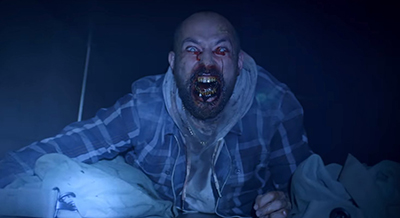 Jaime King is believable as the determined mother, and Cary plays well off of her. I also enjoyed Sal Velez as he emerged as a leader.

Overall, I found Black Summer to be an enjoyable series. It is quick-paced and great to binge when you’re craving a tale of the undead. I’m excited to see what the season finale holds as well as hopefully a second season.
Twitter
BotonSocial por: SocialEmpresa
Category: TV Reviews & Recaps