SciFi Vision | All Reviews | Television Reviews | Advance Preview: The Walking Dead - We Are the End of the World

Advance Preview: The Walking Dead - We Are the End of the World

The Walking Dead is back again on Sunday with an all-new episode, “We Are the End of the World.” A flashback serves to reveal how Alpha became who she is and how the Whisperers came to be, including meeting Beta for the first time. Alpha also struggles to teach her daughter not to fear and to be ready for what’s to come.

Interspersed with the flashbacks, a previous event causes one of the Whisperer’s to doubt their ways, which could stir up some rebellion or cause even worse problems for the leader. Can Alpha keep control of the pack? 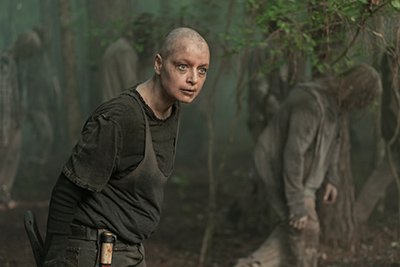 At first, I was kind of disappointed to get a flashback episode, as I wanted to know what happened after the events of the premiere, but those thoughts were quickly forgotten. The story of Alpha and Beta is quite an interesting one and very revealing of their characters.

I loved seeing the idea of becoming a Whisperer being born and the thought process behind it as Alpha brings in her Beta.

Meanwhile, in the present, the story does a fantastic job of connecting with what we’ve seen so far and keeping the story’s momentum going as it comes to a head. It’s also interesting to see how things are changing.

My favorite parts of the episode are probably Beta’s reveal, but even more so, seeing Alpha in a more vulnerable state, which is completely opposite of what we usually see. It’s nice to see her not as put together and perhaps a tiny bit human. I also was happy to get to see how The Whisperers are connected to the events surrounding the premiere. 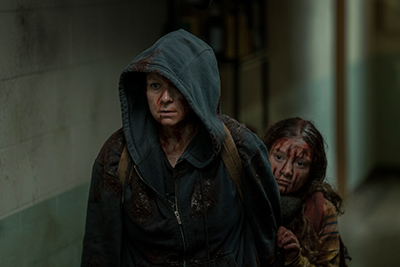 Even though the story was mostly flashback, viewers do get enough of the present to not feel out of the loop. I did not even think about the lack of our main group being in the story either; learning more about The Whisperers was enough to keep me coming back for more.
Twitter
BotonSocial por: SocialEmpresa
Category: TV Reviews & Recaps