Sunday marked the first day of the Syfy Press Tour. I arrived relatively early in the day at Loews Royal Pacific Hotel at Universal, and the Potterhead that I am, went straight over to the Wizarding World of Harry Potter and visited Diagon Alley for the first time (more on that in subsequent articles) with fellow journalist Gavin of SpoilerTV. We happily spent a few hours there until we had to return to get ready for the evening activities. 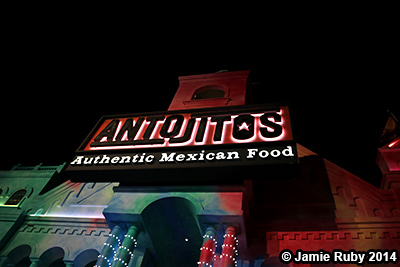 The press tour officially started at Antojitos at Citywalk. Here the journalists were joined by Syfy executives David Howe and Bill McGoldrick, and we enjoyed a Mexican spread, and of course, free alcohol.

I spent some time catching up with other reporters until it was time to leave for bowling at Galaxy Bowl at the Cabana Bay hotel. 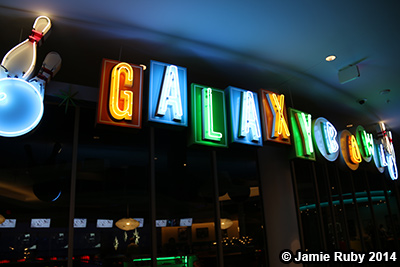 I have to admit I am absolutely horrible at bowling, but I had such a great time. Everyone cheered each other on, whether great or abysmal (and I'm happy to say I wasn't the only one!).

We were joined by the cast of Ascension. Brian Van Holt was on our team, so I was able to get to know him a bit. He's a really nice guy and talked to me as I blathered on about my new wifi camera (I was uploading photos live which was cool to be able to do). Van Holt was also a good bowler! 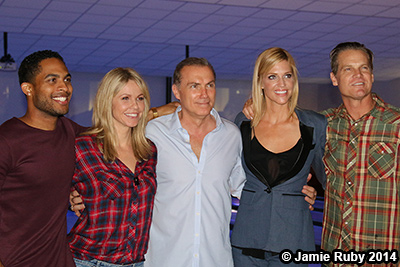 During the night I tried to mingle with the other actors a bit and at least get photos with them. Everyone was really nice and seemed excited about Ascension.

At the end of the night I spotted Keith Allan from Z Nation and stopped to say "hi" and get a photo. We also chatted about planning an interview (which ended up being over the phone and is coming soon).

With an early morning coming, it was soon time to leave and get some sleep.