Crossing Swords, created by John “Harv” Harvatine IV and Tom Root, recently premiered on Hulu. The stop-motion adult animated series, which features wooden peg people, follows Patrick (voiced by Nicholas Hoult), a bullied and kind peasant who’s dream is to be a squire for the king (Luke Evans). He’s ecstatic when he lands the job, but his family is not impressed. Patrick soon finds out that nothing is as he expected. The kingdom is full of crooks and cheats. Even the royal family is wicked. The king and queen (Alanna Ubach) are adulterers, and the princess (Maya Erskine) is an entitled brat.

Can Patrick save the kingdom from murder, mayhem, and debauchery?

The first part of the press junket was a virtual set visit, where the creators talked about the process of bringing the series to television, while video from the sets and sound stages were shown. Harvatine also directed the series.

The two talked about wanting to use childlike and playful visuals (except for the sex dungeon!), yet shoot it in a very cinematic way. They were captivated by the look of the peg people and wanted the environment to look almost like a play set.

Stop animation was used, and most everything was done practically rather than digitally, except for the water. The characters and sets were mostly made of wood, some metal, and some material. Almost everything was handmade and built in the studio. They also talked about creating the tiny pieces of the environment, such as tiny ship bottles and more.

There was also discussion on using wipe boards to add plot points and jokes, as well as how long it takes to create an animated episode.

After the set visit, each publication took turns talking to the cast and creators.

SciFi Vision’s three interviews are below. Hulu also provided assets in the form of interviews, and as such, the fourth video is the footage from the talent who had limited availability who we were unfortunately unable to talk to at the time. Included are interviews with Nicholas Hoult, who voices Patrick, Seth Green, who voices the wizard Blinkerquartz, Yvette Nicole Brown, who voices Sgt. Meghan, and Breckin Meyer, who plays Patrick's father, Glenn.

Please watch the interviews below and be sure to check out the new hilarious comedy, Crossing Swords, available now on Hulu.

Below are videos from the Crossing Swords press day. 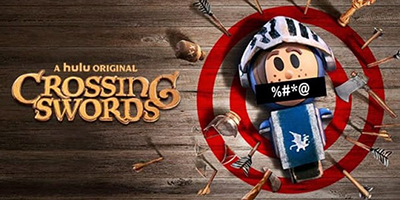 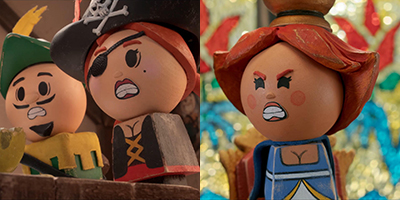 The following videos were supplied by Hulu: 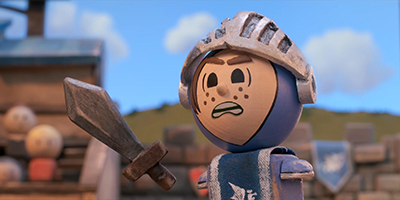 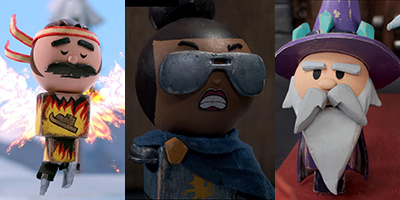 **Please help support the site by following us on YouTube**
**Be sure to check out the full article of the press junket**
Twitter
BotonSocial por: SocialEmpresa
Category: Special Events