Syfy's Haunted Collector returns, Wednesday, March 6th at 9 p.m. ET with "The Collectors" searching for the answers to their client's unexplainable problems. Executive Producer, Rick Sasson, and Lead Investigator, John Zaffis, both agree that this season focuses more on the clients and the possible phenomenon in their locations. There is a wide variety of travel in season 3. The Collector Team investigates cases in Hawaii, Hollywood, Middle America, Puerto Pico, Upstate New York, to name a few. We will see more of John Zaffis' Museum of the Paranormal in this season as well.

Following is the the transcript of the press call that SciFi Vision took part in with Exective Producer, Rick Sasson, and Lead Investigator, John Zaffis, to learn more about what season three has to offer. 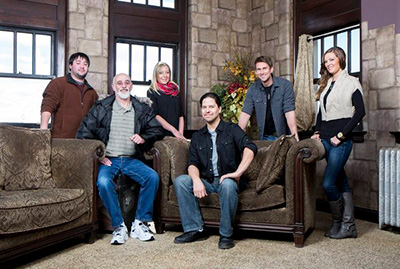 QUESTION: What can we expect from this season? What will you be looking into?

JOHN ZAFFIS: Well, we're definitely doing 24 locations. A lot of them are very unique because the key factor with doing this to me is not only going in, investigating and trying to see if there's something logical happening or paranormal.

It's helping the people, reaching out to them, being able to connect with them and hopefully trying to bring some resolution on several of the different investigations that we encountered, that we were involved with. To me that's going to be the most important thing. And I think we're going to see that more in Season Three than we did before.

QUESTION: And in your history John, what has been the most interesting case that you've investigated?

JOHN ZAFFIS: Oh my gosh, they're all different. Each one is very unique depending on the location, the people. There are so many different things that's high end so it makes it so difficult to just say one particular one is something that stands out because each and every one of them is very personal. And it makes it unique. And that's what stands out about the investigations that we do to me.

SCIFI VISION: Any other details that Rick could touch upon - is there any format changes for this third season?

RICK SASSON: We really don't have any major format changes. Just to echo what John said, I think that season three deals a little bit more with the psychological and the emotional connection of the clients to the cases. I think in our previous seasons we dealt a lot with really cool objections and the history and that's still very much part of what we do.

So we're looking forward to that. But we still have a lot of a cool history and we went to a variety of cool locations like Puerto Rico. We were in Hollywood. We've been all across Middle America and New York upstate.

We started our season at a horse farm in Montgomery, New York with just a fascinating story about a woman who felt that an angry spirit was going after her beloved animals. And John, like with many of the cases, helped her out and she really got some closure. So that's what we're looking forward to.

SCIFI VISION: John, you have such a long history in the paranormal. And now you're shooting this show. How different is it investigating as opposed to private investigations?

JOHN ZAFFIS: Well, it's very close. Again, you have to remember there are cameras around and you're dealing with different things. But as Rick will tell you and anyone from our production team, it's very important to me to deal with our clients, to deal with the people that are involved with that. 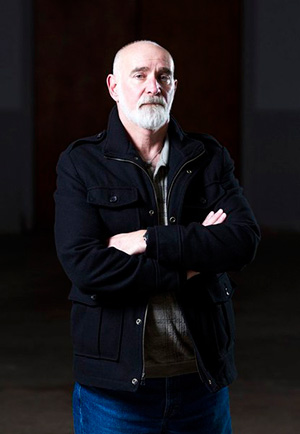 And [I’ve] seen in Season Three where dealing not only with us, the talent on the show but the production team, everybody involved was very open to understanding what these individuals go through, how it happens and what we need to do to be able to help them out. And I saw that really come to the forefront in Season Three with production and everybody pulling together to actually help the individuals. And to me that's what it's all about.

QUESTION: How do you think Haunted Collector differs from a lot of the other paranormal shows that are on television?

JOHN ZAFFIS: Well again, I think each and every one of them tries to convey different things. And with me the most important thing is after 40+ years of being involved with this, I'm still in there. I'm still digging in trying to figure out what can I do, what can we do as a team to be able to help people and really get into the source of the problem that is occurring and what is happening.

So again, when I look at that, we deal with the items, we deal with history, we deal with so many different facets of being able to deliver the story so that the audience can get a better understanding of it. That's been one of the major compliments that I've received over the length of time, that people like that that I'm in there. They're getting to hear that [personal] connection with John and a lot of my team members with the people we're dealing with.

QUESTION: And Rick, what attracted you to this show?

RICK SASSON: Me? I just love the paranormal as a storytelling canvas because there's so much to the unknown. And really the way I look at John and what his team does, it's like they're out there to solve a mystery. And they get to help people in the process. And that's what's so cool about it because they can look at every individual case as they're not going to go in assuming it's paranormal.

A lot of times they debunk certain claims and turns out that one case may be more psychological and there may not be anything to it. But a lot of times we do get certain energy associated with an item. And it takes a little digging with the history to put all the pieces together.

And when we can do that and make the client feel like they're better off than when John got there, we all have this great satisfaction and that's what makes doing Haunted Collector so fun.

I've worked on other shows where you have the fear factor or you have the cool gadgetry but you don't have a show where you could tell a full story with a beginning, middle and an end, solve a problem and make someone happy all at once. So that's why I love coming to work on the show.

SCIFI VISION: I know that there's been a huge fan response out there and have you been able to take notice of that? Do you think that's helped the show to secure another season?

JOHN ZAFFIS: We're still working on this one. We're in Ohio still filming right now. Then we go into Massachusetts to do our final shooting for this season here. And who knows what the future may hold?

RICK SASSON: Yeah. We've been noticing more and more people talking about the show especially on social media and we think that's a great thing. And the cool thing about Haunted Collector is that so many people can relate to it because everybody watches the show and they look around their own house and say like, wow, I wonder if some of the stuff I have here - I don't really know the history of it. And what could work within the various items? Everyone can relate to it.

SCIFI VISION: And John's museum, is that going to be featured on the show at all this season?

JOHN ZAFFIS: Well, here again we have more in there. We talk about a few of the items that are based in there that I've removed over the course of years. We're showing a little bit more. Amy and Chris are a little bit more involved with watching some of the things that I'm doing and how I'm doing it.

Yes, I wish there was a little bit more in there on the museum but it makes it difficult and, but you will see more than you did in the other two seasons. 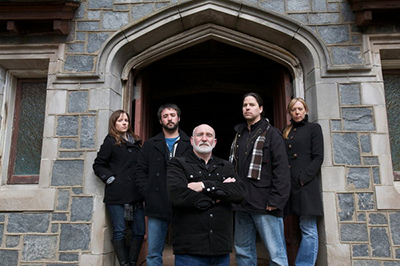 QUESTION: John, how do you find leads for the featured stories that you have on the show? Do you actively seek them out or do people come to you?

JOHN ZAFFIS: It's both. We definitely look for locations that are out there. We try to find things that haven't been done before or different types of scenarios where we can have a lot of history and items and different things that are tied in.

So the show does actively canvas for cases out there and there are cases that I have submitted for the TV show. Several of them that we did, I think Rick would be in agreement with it that are going to turn out to be some very good episodes this season.

So it really comes from a variety of different ways that the cases do come into Haunted Collector.

RICK SASSON: Yeah. Just to echo that the more the show gets out there, people see it, then we get more people submitting and writing in and certainly John has a bit reserve of people who are looking for help. And the key factor is getting families that are really dealing with this. It's a real show and we don't deal with people who just want to be on television. It's all about the best cases.

And yeah, you do want a good backdrop and good location but ultimately we look for the best all-around stories.
Twitter
BotonSocial por: SocialEmpresa
Category: Interviews