This season on Happy!, which premieres Wednesday on Syfy, Nick Sax, played by Christopher Meloni, tries to reconnect with his estranged daughter, Hailey (Bryce Lorenzo), but he must follow the rules: stay sober and don’t kill anybody. His imaginary friend, a blue unicorn named Happy (Patton Oswalt), tries to keep him on the straight and narrow, but it’s not going to be an easy task.

Star Meloni recently talked to SciFi Vision in an exclusive interview about Nick’s relationship with his daughter, working on season two, and more.

SCIFI VISION: Obviously, Sax is a lot different than you. What part of him do you relate to; how do you connect? 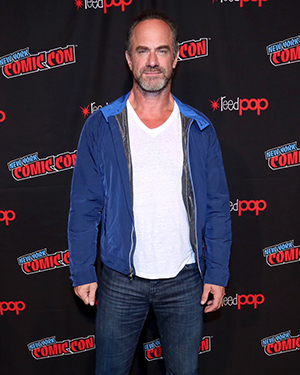 CHRISTOPHER MELONI: He’s my spirit animal. I appreciate his I don’t give two f***s attitude about everything. It’s a very free life to lead. He’s far tougher than I am.

I appreciate his humor in the most dangerous of circumstances. I think at the heart of it he’s a decent guy and he [laughs] just can’t figure life out. You know, everyone roots for someone who’s giving it the old college try.

This season, or at least the beginning that I’ve seen, is about Sax trying to reconnect with his daughter Hailey. Can you talk about their relationship and how that develops through the season?

Can you talk about how not just the events of last season, but also the way he acts around her and the things she knows he does, how that affects her in the way that she’s acting out? He’s not exactly doing the best things when she’s around.

[laughs] So you’re suggesting that Nick may not be a model parent, and you want to know how I think that impacts my daughter? 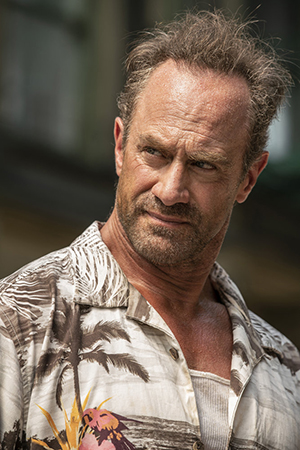 I’m sure not the best way. You know, maybe it’s just kind of a send up on how we’re babying our children these days and even wanting to make everybody perfect and sanitized and safe. And in the end that’s almost an impossible endeavor.

There is so much craziness in this show. [laughs] Can you maybe think of the craziest things you had to do, one that just stands out to you?

On this show? [laughs] Oh my God, I don’t know. I think you have to answer that question. I mean, my God, a strap on got snapped off in my - I’ve had [giblets] spilling out of my pockets with an unconscious prostitute draped over my arm! I talk to something that’s not there. How about that? [laughs] Where do we begin and where do we end?

[laughs] I guess there's so many that it's probaly easier to pick from something that isn't crazy.


There’re some great action scenes, fight scenes coming up. Can you talk about filming them? Do you enjoy it?

That’s actually one of the tougher parts. Which is to say, invariably we have feature film fight scenes in our heads with thirty second commercial sized time and budget allotted for them.

So, unfortunately, for me, and I know Brian Taylor feels the same way, you know, we’re constantly having to sacrifice the vision and give the best abbreviated version. So, hopefully the mayhem and a taste of artistry and creativity and the choreography are seen and showcased during the fight scenes. The scope of our fight scenes are very difficult to pull off in the time allotted. They’re always fun to do but, you know, you can only shoot so much in the time that you’re given. But I always appreciate that; I’m the aficionado of fight scenes when they’re done beautifully.

Do you do your own stunts? 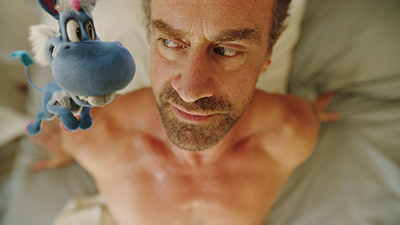 Yeah. [laughs] Well, let me say this. At one point in the season, I fall off a balcony, and I did not fall off a balcony. [laughs] I can guarantee you that. But as far as fighting goes, yeah. You know, if my character has to get drilled really hard, they’ll pop someone in there, but you know, it’s no use breaking a collar bone [laughs] when no one can really see your face. But yeah, I do the fight scenes. I help very often in the choreography and throw out ideas.

The fights are also often very messy. Can you talk about working with the effects, like the blood and guts, things like that?

Well my God, you know, most makeup artists’ job are to make you look pretty and presentable for the camera, and I stumble into the trailer every day, and they go, “Okay, let’s F you up!” You know, so every day [laughs] is just how bloody and bruised and battered is he? Let’s figure out where we are on the grade scale of bruised, battered, and bloodied.

Do you have a favorite scene coming up that you can tease without spoiling things? 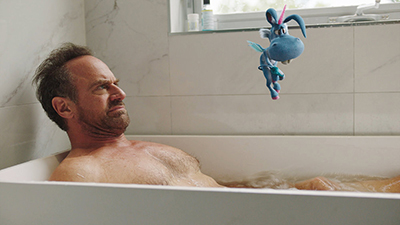 Yeah, the scene with Hailey and I in the car after the bingo parlor scene where she confronts me about what it is that I do. She calls me out; she asks me if I killed some people.

And I just found that scene touching and, you know, real in that if you just change the subject matter, it’s still a father and a child trying to connect, trying to find a truth in their relationship and trying to salvage something that is difficult to salvage. I found it touching and painful. It’s very lovely.

Look, I love the fighting and all that nonsense and the gore, but I think the strong cornerstone of this show is when characters really connect truthfully and emotionally. That’s what’s fun and meaningful.
Twitter
BotonSocial por: SocialEmpresa
Category: Interviews