Replicas: An Ambitious Film that Doesn't Quite Deliver - Out Now

Replicas follows William Foster (Keanu Reeves), a neuroscientist working to transfer human consciousness into a computer and artificial body. He and his assistant, Ed Whittle (Thomas Middleditch) are close to a breakthrough when William and his family are in a car crash and his wife (Alice Eve) and their three children are killed.

Thinking fast, William calls Ed to help him move the bodies to their lab so he can save and transfer their minds. Ed, who has been tinkering with cloning, might be able to grow them bodies. The problem is, there are only three cloning tanks.

William must make the difficult choice what three family members to replicate and live with the consequences. 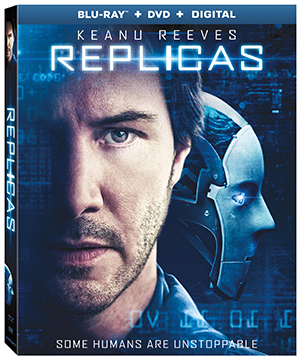 On the surface, Replicas is a fun sci-fi thriller if you don’t think too hard about it. The overall story is entertaining, though it has many holes.

Reeves for the most part fits the role perfectly and is believable as the grieving husband and father. Middleditch was a nice addition as well, however I felt Eve to be very stiff at times. Regardless, I did enjoy the film.

There are also some excellent action sequences to the film, and it does have its moments, just not enough to make it a truly great movie.

The movie does delve into some moral issues, but not as deeply as it should. The idea of having to choose only part of his family to live and thus condemning one to die is brutal, and it makes you think and question what you would have done under the circumstances. However, other than a few lines here and there about the idea that what they are doing may not be the right choice ethically, that’s about as far as it goes.

Before the crash, William’s wife comments about his job and questions that what they are doing is right, yet he has no qualms about bringing her back when she essentially disagreed with it all.

Even with putting people’s consciousness into robots, they worry about the brain rejecting the body, not about how the person is terrified waking up in one and that it could be torturing them.

The movie is more about what they accomplish, not getting caught, and how it effects the characters. Although I feel the film would have been much more successful dealing with those other issues, it still works as a sci-fi action flick, just not a deep one. The tag line itself, “Some humans are unstoppable,” doesn’t even make sense.

However, the biggest problem the film has is that there are so many plot holes and things left unaddressed, that it’s hard to ignore.

For one, yes, Biodyne is trying to achieve ways to treat death, but it is really convenient that Ed just happens to be interested in cloning and is capable of pulling it off by setting up a make-shift cloning facility in William’s basement. 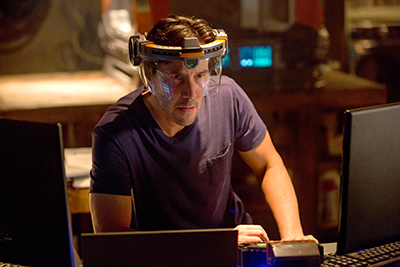 Then, after the crash, William calls Ed rather than the cops, which isn’t unexpected, but as far as we know, he leaves all evidence of the crash, including his SUV, at the lake at the accident, and somehow, no one sees. The cops come around questioning about all the car batteries having gone missing, yet no one notices that there ever was an accident.

They very briefly and ineptly deal with the children and wife being missing, which takes days for William to even think about. No one ever mentions the fact that the one child never returns. One can assume that she was too young for school, so teachers weren’t calling, but you would think someone would have paid attention. Everyone just accepts his weak excuses for the most part about why everyone is MIA.

It’s sad, because the movie had the pieces and the potential to be something really fantastic, but it stopped short. The ideas are interesting, but they just aren’t backed up by the story.

Imprint Complete: The Making of Replicas [25:44] - Reeves and Director Jeffrey Nachmanoff talk about changes coming to technology in the real world and how it fits into the movie. Producer Stephen Hamel talks about some of the themes and wanting to create an emotional film.

The cast and crew throughout talk about some of the moral implications of William’s actions in the film, as well as how it’s sort of a modern day take on the Frankenstein story. 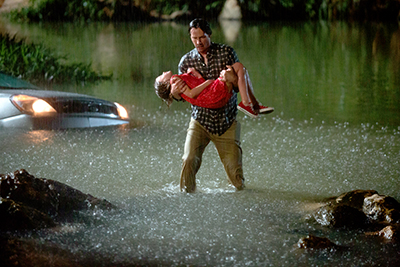 The crew talk about some of the challenges of filming a science fiction movie on a small budget and trying to make things believable.

Other topics discussed are the cinematography, special effects, creating the sets, and creating integral props such as the cloning tanks. They also talk about researching neuroscience and filming in Puerto Rico.

There is a small piece showing composers José “Pepe” Ojeda and Mark Kilian working with the orchestra.

Lastly, the actors talk about whether or not they would clone someone they lost if they could.

Interspersed throughout the feature are clips of the movie and behind the scenes clips of filming.

I think this behind the scenes look was a well thought out feature, though I would have liked to have seen it broken up into smaller pieces. The feature makes you see that the creators were serious about the project. It sounds like they intended to make it thought provoking, which they did accomplish, but they didn’t delve enough into the moral implications of the film, even if here they do talk about it here at length.

Deleted Scenes [8:13] - This feature is a handful of scenes that can’t be played back individually. They include a conversation between William and Mona after she has found out the truth, a couple scenes with William and Ed trying to perfect the algorithm, William seeing his daughter’s body, and a meeting with William’s boss, Jones (John Ortiz), who is after more results.

I wish that they had left a couple of these scenes in, as they really add to the story, in my opinion. The scene with William and Mona to me made her a bit more sympathetic and less stiff. Also, the scene with William using Ed’s password to get access see his daughter’s body was an emotional one. The audience, I believe, would have benefited seeing a bit more of William’s struggle. 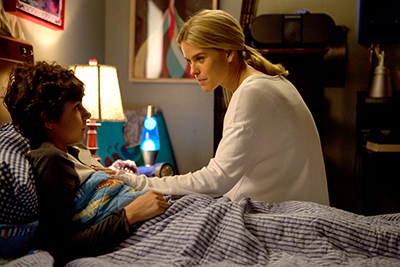 The discs come in the normal blue clamshell case with cardboard slipcover that has been treated to be partially metallic looking. The combo pack comes with both the Blu-ray and DVD discs, as well as a sheet with the digital copy code that you can choose where to redeem. Although it won’t transfer to Movies Anywhere or another service, if you redeem it in iTunes, you will get a free 4K upgrade.

If you are a Keanu Reeves fan, there’s a good chance you will like this film. For a typical sci-fi action flick there is enough to enjoy it for what it is, if you can ignore what it’s not.

There aren’t many bonus features, but the main feature is quite long, and on another film it could have easily been separated into multiple parts. However, I’m not sure it’s enough to make the purchase of the set worth it for special features alone.

Replicas is a decent sci-fi thriller. If you can accept a thin storyline and a bit of hokey science, it’s truly worth a watch; just don’t think too much.
Twitter
BotonSocial por: SocialEmpresa
Category: DVD Reviews