Advance Preview: Doctor Who Brings a New Creepy Adventure in Time for Halloween

Halloween is fast approaching, and tonight’s episode of Doctor Who fits right in. The Doctor (Jodie Whittaker) returns her friends home to their own time, but when they visit Yaz (Mandip Gill)’s family, they find things not as they left it, with the arachnid population in Sheffield stirring - and growing. Giant spiders, just in time for Halloween. 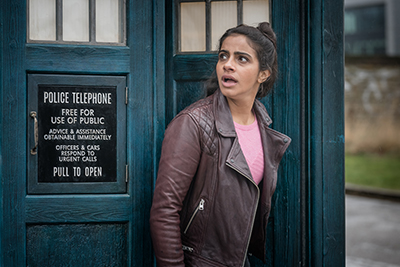 It’s the fourth episode in, and I’m still loving it. Chris Chibnall’s Doctor Who may be a bit different than Steven Moffat’s, but it’s just as extraordinary, as are his scripts. This week’s episode was suitable creepy and tense, yet had the light moments that the show is always so great at. There are also as always a lot of fantastic lines, and I enjoyed them poking fun at politics and pop culture.

The set of the hotel fit beautifully in the episode and the effects team made the spiders quite frightening. It continues to seem like the show has a bigger budget this season. 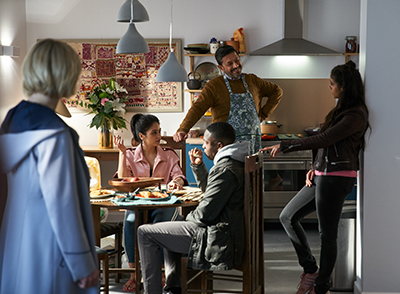 I continue to love the Doctor more with each episode. Her interactions with Yaz’s family are a lot of fun.


I also really appreciated seeing more character development of Yaz, as it’s been fairly lacking up until this episode. We get some insight into her character with the conversations she has with her family, especially with her mother (Gulati).

Graham (Bradley Walsh)’s relationship with Ryan (Tosin Cole) continues to grow, and you can see that Ryan is starting to warm up to him. There are some nice bonding moments in the episode, and also some emotional ones. 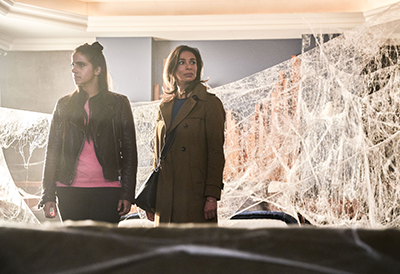 By the end of the episode I realized I liked the companions even more than I realized I did. The cast meshes extremely well together.

I also enjoyed Noth as the self-entitled boss Robertson; it was nice to see him scared and brought down a peg.

“Arachnids in the UK” was another stellar episode for the season, and as always, I eagerly anticipate the next episode.
Twitter
BotonSocial por: SocialEmpresa
Category: TV Reviews & Recaps