Advance Preview: Doctor Who -The Tsuranga Conundrum - Danger in Space

While on a hunt in the middle of a junk planet, the Doctor (Jodie Whittaker), Yaz (Mandip Gill), Graham (Bradley Walsh), and Ryan (Tosin Cole) are injured and stranded on a ship where they must work together with strangers to escape an unusual and extremely dangerous alien.

Other than the opening, the episode is pretty much a bottle episode, at least in regards to sets, and there are only six guest cast members (the effects are still spot on, and the alien is as spectacular as it is surprising). However, this made no difference, as the whole episode taking place on the ship gave a more claustrophobic and thrilling feel as the team is running out of time to escape from danger. 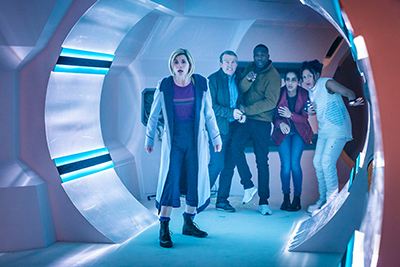 Another Chris Chibnall script (directed by Jennifer Perrott), the story was once again quite entertaining, though more on the lighthearted side for the most part. I also absolutely got a kick out of the alien, but I can’t say too much without giving something away.

I continue to love the characters more and more. This week we get some fairly major emotional backstory in regards to Ryan, and Cole plays it off perfectly. I’m also enjoying the friendship that continues to build between Ryan and Yaz.

The guest cast also meshed together well. I especially liked Lois Chimimba as the nervous but eventually hopeful Mabli, as well as Jack Shalloo, who was hilarious as Yoss in his unique predicament. His character also made for more bonding moments between Ryan and Graham. 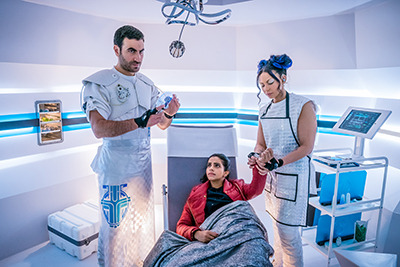 There wasn’t as much this week showcasing to new audiences how the Doctor is kind. This time it was more about the Doctor using her smarts to figure out a problem. There was also death juxtaposed with new life which I appreciated, and there is also a theme of hope.

In the end, this week’s episode was a fun one and not as deep or as heavy on social commentary as some of the others this season, but either way, it was a terrific episode.
Twitter
BotonSocial por: SocialEmpresa
Category: TV Reviews & Recaps