Written and directed by Mattson Tomlin, the science fiction film Mother/Android premieres today on Hulu. The movie takes place in the near future when artificially intelligent androids made to help humans revolt and start killing everyone. The story follows a pregnant Georgia, played by Chloë Grace Moretz, and her boyfriend Sam, played by Algee Smith, leading up to days before the baby's birth when they must cross into android territory to make it to safety.

Tomlin being at the forefront of the project is what originally drew her to the film, Moretz told Jamie Ruby of SciFi Vision during an exclusive video interview. “Of course, the story was incredibly well written,” said the actress, “I thought the script was beautiful, but it was my conversation with Mattson that followed that. To hear his personal connection to the story and why he wrote the script and how it's based on his family and what he's been through, I knew immediately that it was a project that I couldn't ever say no to. I needed to be Georgia, and I felt such a palpable connection in that moment, that I knew that there was there was no other option, for sure.” 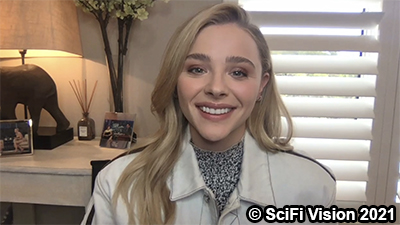 Smith felt similarly, and was also drawn in by the subject matter. “For me, personally, other than the fact that this was like untapped untouched territory for me, this is my first film,” said the actor, “so, that drew me in immediately, just wanting to try something different.

“Then, when I read the script, before I had a conversation with Mattson, the script was freaking phenomenal. I read it in like an hour…and I couldn't stop reading it. 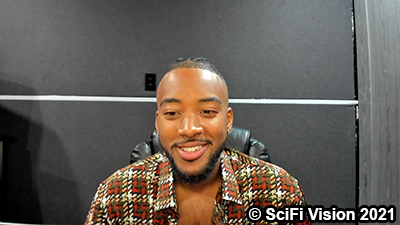 “Then, having a conversation with Mattson afterward, kind of like what Chloë was saying, that just tied it all together. For me, understanding how personal the story was to him, where he was coming from, [and] how much it meant to him, he was able to pretty much [convince] me in that conversation. So, from that time on, I was on board.”

For Raúl Castillo, it was multiple things that drew him in. “I worked with Mattson on a film called Little Fish that he wrote that Chad Hartigan directed, and I knew what a strong writer he was. So, I was excited to read the script when it came through. The other thing was, I'm a brown man playing a character named Arthur who’s a scientist; to read a character that's not defined by his ethnicity was really exciting. 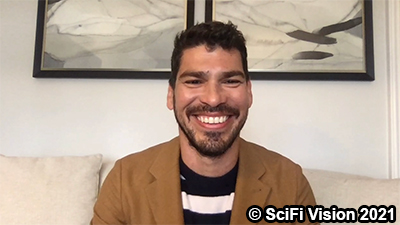 “[Also] like Algee said, the script was so fun to read. I mean, I love when I pick up a script, and I don't want to put it down until the last page. But…when I got to the character, it was like, ‘Oh, I've never done anything like this. This is gonna be fun.’ And I'm a fan of both Chloë and Algee, so to get to play with them was really exciting.”

The cast also talked to SciFi Vision about how they would fare if they had to do without technology, and more. For more, be sure to watch the full video interview below and watch Mother/Android, now available to stream on Hulu.
Twitter
BotonSocial por: SocialEmpresa
Category: Interviews