Collide is a brand new movie that was just released, and it is already causing a lot of buzz. With huge names such as Jim Gaffigan and Drea de Matteo, the acting is top notch, and the story leaves viewers on the edge of their seats wanting more.

De Matteo, who plays Gaffigan’s wife in the movie, takes on quite a different role than we are used to seeing her in, and does amazing.

“I am somewhat of his antagonist to a degree,” she said in our recent interview. “My character's going through her own set of circumstances, but because of my midlife crisis, and my selfishness, I hurt the person that is the closest to me.” 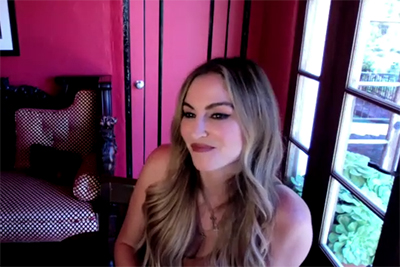 She went on to talk about how in the movie, everyone is looking for their own happiness, despite them all being in different, tough situations. “I think that’s happening throughout the film,” said the actress, “with all the different couples and characters. Everybody is looking for this kind of silver lining. Everybody’s looking for a way to feel safe, and a lot of it is based on fear. Everybody is sort of trying to clean up their lives; whether it’s their financial situations, or their emotional, spiritual, psychological [situations], everybody’s trying to figure out where they’re going to feel most safe, the most comfortable.”

For more with de Matteo, watch the full interview below, and check out Collide, now in theaters and on demand.